Have a question about us?

Have a question about us? 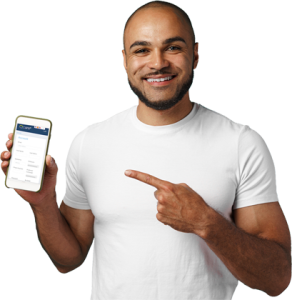 Learn more about PrEP and Q Care Plus below.

Learn more about PrEP and Q Care Plus below.

Who is Q Care Plus for? Expand

Q Care Plus’ services are for all HIV-negative adults (18 years of age and older) living in the United States who are looking to take charge of their sexual health and stay HIV-negative.

Does Q Care Plus offer services to people who are HIV-positive? Expand

Q Care Plus primarily serves HIV-negative adults; however, we’re happy to help connect people who are HIV-positive with organizations that can assist them in accessing care. Just get in touch and we will help you get what you need.

Do I need a prescription for PrEP? Expand

PrEP is only available by prescription. Before starting the medication, you’ll need to complete an online profile and complete an at-home lab kit, which we’ll mail to you. The kit will test for HIV, Hepatitis B, kidney function, and other STIs. Once we have received your results, one of Q Care Plus’ licensed physicians will call you with the results and, if everything looks good, write you a prescription for PrEP.

Truvada and Descovy for PrEP – What’s the Difference? Expand

HIV pre-exposure prophylaxis (PrEP) involves taking an anti-HIV medication to prevent infection. Users are protected against HIV despite what they do sexually or whether they use condoms. As of 2019, multiple options for HIV PrEP have been available, and more are expected in future years, including long-acting injectables and long-acting oral drugs.

Let’s talk about the options available for PrEP as of 2021. These include Truvada, a combination pill containing two drugs: tenofovir disoproxil fumarate (TDF) along with emtricitabine (FTC). These two medications in combination have been used since 2004 to treat actual HIV infection, but in 2012 data became available showing the medications could prevent HIV when taken preventatively by HIV-negative people at risk for getting HIV through sex. Taken once daily, Truvada lowers an individual’s risk of getting HIV by a remarkable 99%...!

Serious adverse effects of Truvada are rare. But the medication should not be taken by those with known kidney dysfunction or failure or with bone mineral density disorders such as osteoporosis or osteopenia. Kidney function is routinely monitored in those taking PrEP medications containing tenofovir. And routine STI testing every three months is recommended by CDC for all PrEP users.

In 2019, the second alternative for PrEP was introduced in the U.S.: a combination of tenofovir alafenamide (TAF) and FTC (one of the components of the earlier drug, Truvada). With a brand name of Descovy, TAF-FTC was found in a large study to be at least as good as Truvada for preventing HIV. And TAF, the alternative form of tenofovir in Descovy, achieved this effectiveness using a lower amount of medication compared to TDF. One key difference between Truvada and Descovy is that the newer pill is a much smaller tablet than Truvada. And in a large head-to-head study, Descovy was found to be marginally friendlier to kidney and bone health for oral PrEP users, allowing providers and clinics a bit more cushion for monitoring kidney function. In study participants taking Descovy, three was a small increase in lipids (such as cholesterol and triglycerides) and some weight gain was seen, but the significance of these changes is a matter of ongoing discussion.

In Fall 2020, a generic form of the older combination pill TDF-FTC was approved. A few months later, other generic forms of TDF-FTC became available from different manufacturers. Since the U.S. Food and Drug Administration works with pharmaceutical companies to ensure all generic drugs meet specified requirements for medication identity, strength, quality, purity, and potency, generic TDF-FTC is expected to have the same effectiveness as its brand-named counterpart Truvada.

A few differences exist in terms of who should be offered Descovy versus Truvada, including generics. Whereas all adults and adolescents weighing over 35kg can take Truvada, based on limited data available in 2019, Descovy was approved by FDA only for cisgender males and transgender women. Additional study of Descovy for HIV acquisition through vaginal sex is ongoing; but for now, Descovy should not be taken by cisgender female or transgender male patients – these folks should use Truvada (brand or generic) for HIV PrEP. In addition, those taking oral PrEP on an event-driven basis (i.e., “PrEP 211”) should use Truvada and not Descovy.

Both Descovy and Truvada are well tolerated by PrEP users. 8-9 persons out of 10 report no symptoms or side effects when starting PrEP. Among those who do, the most common side effect is stomach upset, which almost always resolves over a period of days as the patient continues to take the medication.

There are multiple other PrEP medications in the research pipeline. In 2022, users will likely have the option of an injectable PrEP medication, requiring a shot every two months instead of a daily pill. And after that, additional oral and injectable options are likely to be available.

The future for HIV prevention is bright!

How do I get PrEP through Q Care Plus? Expand

After creating your profile, you will visit with a Q Care Plus provider. If your provider determines PrEP is right for you, they will order a lab kit for you to complete your testing at home and issue a PrEP prescription. Before shipping your medication, our pharmacy partner will contact you over the phone to schedule the delivery. You should receive your PrEP shortly after that. Additional refills will be issued once your labs are completed and reviewed by your provider.

Is Q Care Plus safe? Expand

Yes. Q Care Plus follows all the same rules and medical standards as any other hospital or physician in the United States. The only difference is, with Q Care Plus you don’t actually have to go into the doctor’s office.

Is my information secure? Expand

We take your privacy very seriously. Any information you submit to us through our online portal is transmitted via industry standard encryption and stored in encrypted form on servers according to federal standards under HIPAA. Check out our Privacy Policy for more information.

How does the at-home lab kit work? Expand

A new at-home lab kit will be automatically shipped to you in discreet packaging every three months. The labs are super quick and take less than 15 minutes to complete. After you have collected all the samples, you’ll send the kit back to us within 48 hours in a prepaid priority mail envelope, and we will process the results right away.

How fast will I get my test results? Expand

It generally take 3-5 business days for the lab to process your test kit. Please, allow 24 hours for the labs to be reviewed/released by your provider who will reach out if there is anything out of the ordinary. You can check the transit status of your labs at my.qcareplus.com by clicking the "Labs" tab. Here you can track the USPS tracking as well as lab status. Don't get concerned if it takes a little longer as Covid is causing some delays in processing.

Are at-home labs my only option? Expand

Nope! If you’d rather go to an in-person lab, we can arrange for that. There are over 2,200 locations across the country where you can go for testing. Appointments can be made and modified online through your Q Care Plus profile. Please note, however, that while many enjoy the privacy and convenience of at-home testing, in-person collection typically delivers faster results.

Once you arrive at the clinic, a typical in-person lab appointment takes about 15 minutes. There are over 2,200 locations across the country where you can go for testing. Appointments can be made and modified online through your Q Care Plus profile.

How do I consult with my doctor? Expand

After you’ve created an online profile, you can communicate with a Q Care Plus doctor through our secure website by email, online chat, phone call, or video chat.

I hate being on camera. Is video chat required? Expand

It differs from state to state. Some states require a video chat with your doctor. Others do not. We’ll let you know when the time comes to schedule an appointment whether a video chat is required. If so, we promise not to judge you if you show up in your pajamas.

How fast will I get my PrEP? Expand

After speaking with one of Q Care Plus’ licensed physicians, they will send your prescription to one of our partner pharmacies. From there, your prescription should ship within 24 business hours, and typically arrive at your front door sometime in the next 1-2 business days. You can track your package on your Q Care Plus profile.

How will my at-home lab kit and/or PrEP arrive? Expand

Your at-home lab kit and/or prescriptions will be quickly sent to you via Priority Mail®, FedEx, UPS, or local courier. Everything is delivered in discreet packaging without any logos or mentions of Q Care Plus, the pharmacy, or what’s inside.

How do I track my order? Expand

Q Care Plus will email you a tracking number every time we send you an at-home lab kit, prescription, or refill. You can track your packages on your Q Care Plus profile.

Can Q Care Plus help me if I already have a prescription for PrEP? Expand

Absolutely! When you complete your online profile, we’ll ask if you already have an existing prescription on file somewhere else. If so, we can transfer that prescription over to our database and, assuming you’re up-to-date on your labs, usually have it shipped the same day. Delivery is free and we’ll do our absolute best to make sure there are little to no out-of-pocket expenses on your end.

Why can’t I get a home testing kit in the state of New York? Expand

Unfortunately, New York state doesn’t allow us to offer at-home testing at the moment. (Whomp, whomp.) If you live in New York, you’ll need to visit an in-person testing facility to have your labs done. You can make and modify appointments online via your Q Care Plus profile.

I just received my at-home testing kit. What do I do? Expand

We put together a video tutorial with everything you need to know, one step at a time.

What if I test positive for HIV or an STI? Expand

Don’t panic. It’ll be OK. Your Q Care Plus doctor will contact you to discuss treatment options and answer any questions you might have. We got you!

Can I use any pharmacy to have my prescription filled? Expand

Totally, but the benefit to using the Q Care Plus Pharmacy Network is that we handle all the necessary paperwork to make sure you have little to no out-of-pocket expenses. We also ship your prescription for free, and we offer fast customer service online or by phone 365 days a year, should any issues ever arise. If you choose to use a pharmacy outside of our network, you might also have to pay for shipping or pick up your prescription in person. There could also be additional paperwork you’ll need to fill out on your own.

Never ever ever. Like any other healthcare provider, Q Care Plus is completely private and confidential. We won’t share any of your personal information without first getting your consent. Check out our Privacy Policy for more information.

What are Q Care Plus’ hours? Expand

Q Care Plus’ online portal can be accessed 24-hours a day, 7-days a week. You can also get in touch using the contact form. We’ll be sure to get back to you the next business day.

If I live in Florida, where can I go for additional health resources? Expand

For more information visit the Florida Department of Health.

Ready to get PrEP’d?

Ready to get PrEP’d?

Get Started
Scroll To Top